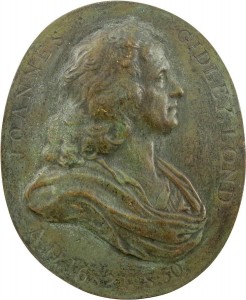 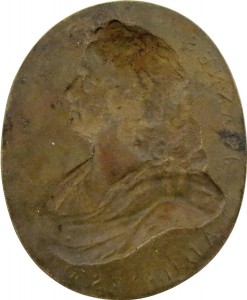 John Gidley was born and baptized in Winkleigh, Devon. He finished his education at Exeter College, Oxford, 1653/54 and gained an M.A. in 1660. He was a Freeman of the City of London and a member of the Barber-Surgeons’ Company. His brother Bartholomew was a famous Royalist during the Civil War whist some of his descendants emigrated to Newport, Rhode Island. 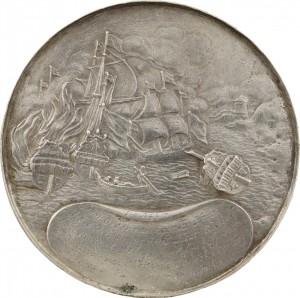 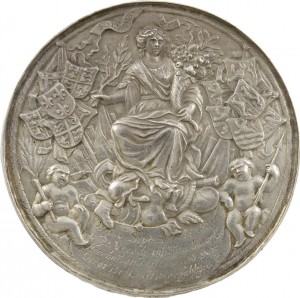 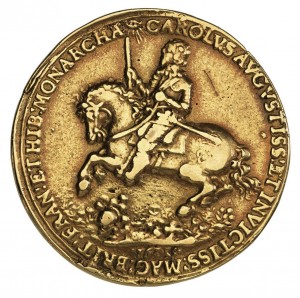 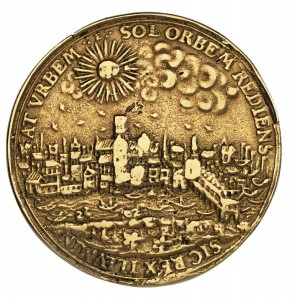 Substantial reward offered for information that leads to its recovery

Whilst the medal commemorates the king’s return to London following his Coronation in Scotland, Charles did not enter the city directly due to an outbreak of the plague. 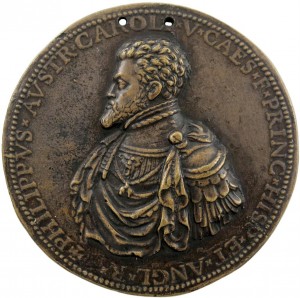 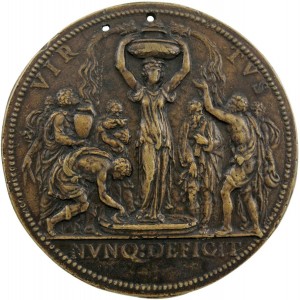 Philip II of Spain and King of England, complimentary medal, cast bronze, 1555, by Jacopo Nizolla da Trezzo, half-length bust of Philip II, left, in armour, with badge of the Golden Fleece, mantle around his shoulders, + PHILIPPVS AVSTR CAROLI V CAES F PRINC HISP ET ANGL R, rev., Virtue, as a draped female statue stands in a small pool, on her head a vase overflowing with water from two animal heads, around, a group of figures collect the water and drink it, VIRTVS, in ex, NVNQ DEFICIT, beaded border to both sides, 79.5mm (MI 75/26).
An excellent cast, good very fine with pleasant brown patina, pierced twice above head (by R and I of CAROLI), extremely rare.

The portrait type of Philip derives from another medal, signed by Leone Leoni, whilst the reverse comes from a medal dated to 1550-1552, of Gianello della Torre (1500-1585), the celebrated horologist, engineer and architect from Cremona. 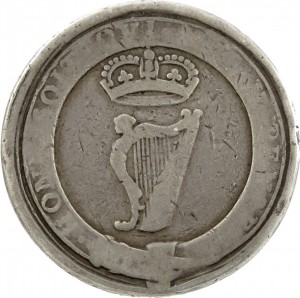 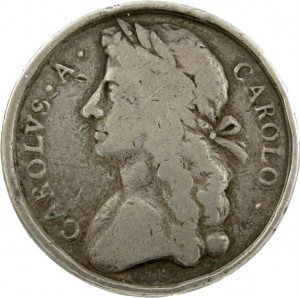 Charles II, Pattern Halfcrown for an Irish coinage, silver, undated, by George Bower, laureate bust left, CAROLVS A CAROLO, rev., crowned harp within Garter, 34mm (MI 599/285). Strictly fine but extremely rare.
The puncheon for the image is the same as that on the Samuel Morland medal of 1681 (MI 582/258), a piece which MI does not hesitate to attribute to George Bower. That it is not struck “en médaille” (ie with a top common to both sides), does seem to point it to being a pattern coin; however if it is it has no official status. 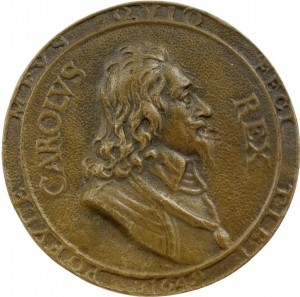 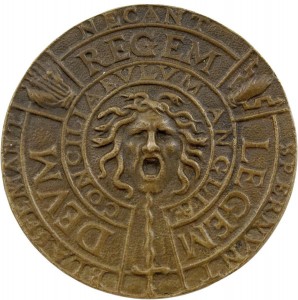 A contemporary cast of good quality, nearly extremely fine and very rare.
Recorded in MI and elsewhere only in silver.