Pyotr Volkonsky was born in St. Petersburg . Volkonsky participated in the plot to remove Paul I from the throne and became one of the closest advisors to Alexander I. He commanded the Russian troops in the Battle of Austerlitz. He was Chief of Staff of the Acting Army from December 1812 and Chief of General Staff (1815-1823). Resigned after a conflict with the War Minister Count Aleksey Arakcheyev. He was an Ambassador to the coronation of Charles X of France in 1824. Afterwards, he was Minister of Imperial Court and Properties.

Sir Walter Scott, 1st Baronet FRSE FSA Scot was a Scottish historical novelist, poet, playwright and historian. Many of his works remain classics of both English-language literature and of Scottish literature

Was a member of the Royal Prussian secret war council. He was designated commander of the Order of St. John in Lietzen.

A son of Count Johann Wilhelm from his marriage to Maximiliana Countess Harrach . Count Friedrich Sigmund’s name is closely connected with the memory of Vienna’s rescue from the Turkish danger in 1683 . Count Friedrich Sigmund is one of those generals who left the island of Schütt with the corps of Count Leslie and rushed to the rescue of the afflicted Vienna . Later, in 1684, he witnessed the victories of Waitzen and Pesth and then the first unsuccessful siege of Ofen, where he was wounded. Before Neuhäusel he headed under Caprara1685 the storm and was sent with the news of the fall of the square to the imperial court camp

Osman II, commonly known in Turkey as Genç Osman, was the Sultan of the Ottoman Empire from 1618 until his regicide on 20 May 1622.

King of France from 1515 until his death in 1547. He was the son of Charles, Count of Angoulême, and Louise of Savoy. He succeeded his cousin and father-in-law Louis XII, who died without a son.

Socrates was a classical Greek philosopher credited as one of the founders of Western philosophy, and as being the first moral philosopher of the Western ethical tradition of thought 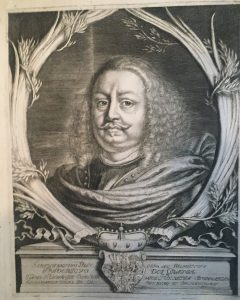